Hello! As you can imagine, May was busy - whenever the weather gets warmer, bikes go missing.

In this month’s edition, we have:

… plus many, many more. Also: can’t say much yet but a close friend of ours is also getting some more national press soon, so keep an eye out! :)

As always - I have a favor to ask:

1) Please tell your local bike shop about the Bike Index! We’re getting great recoveries thanks to our bike shop partners - and we could always use more.

2) Haven’t registered your bikes yet? What are you waiting for? Please register ASAP, and tell your friends. 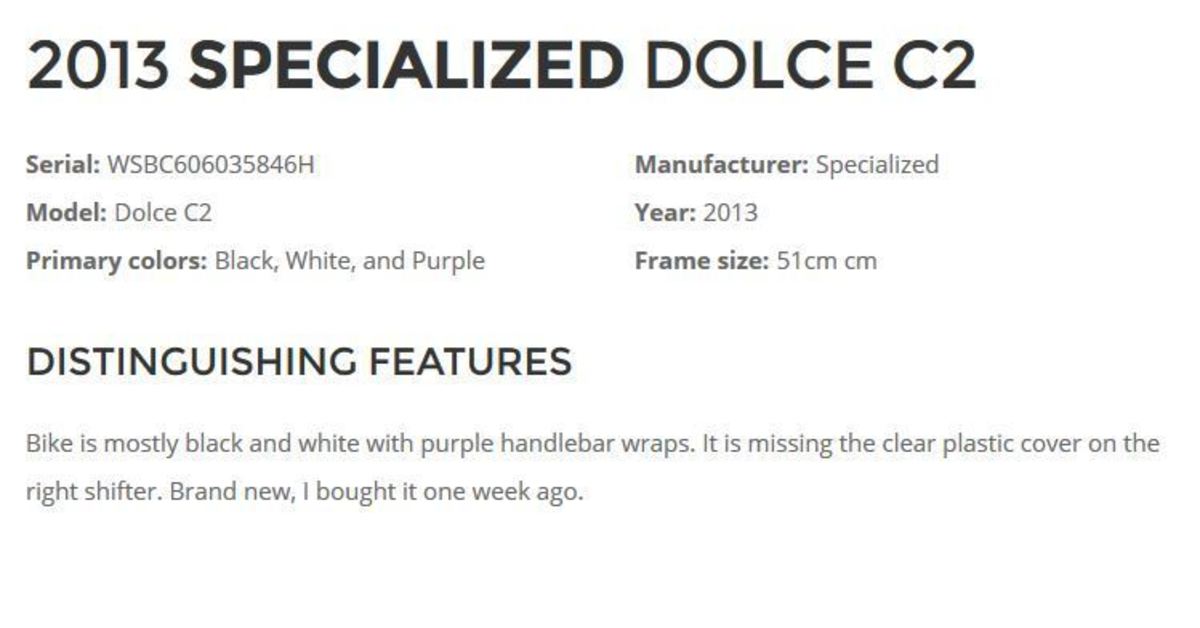 Recovered by our friends at Gresham Bicycle Center. This is their fourth or fifth recovery - thanks guys! 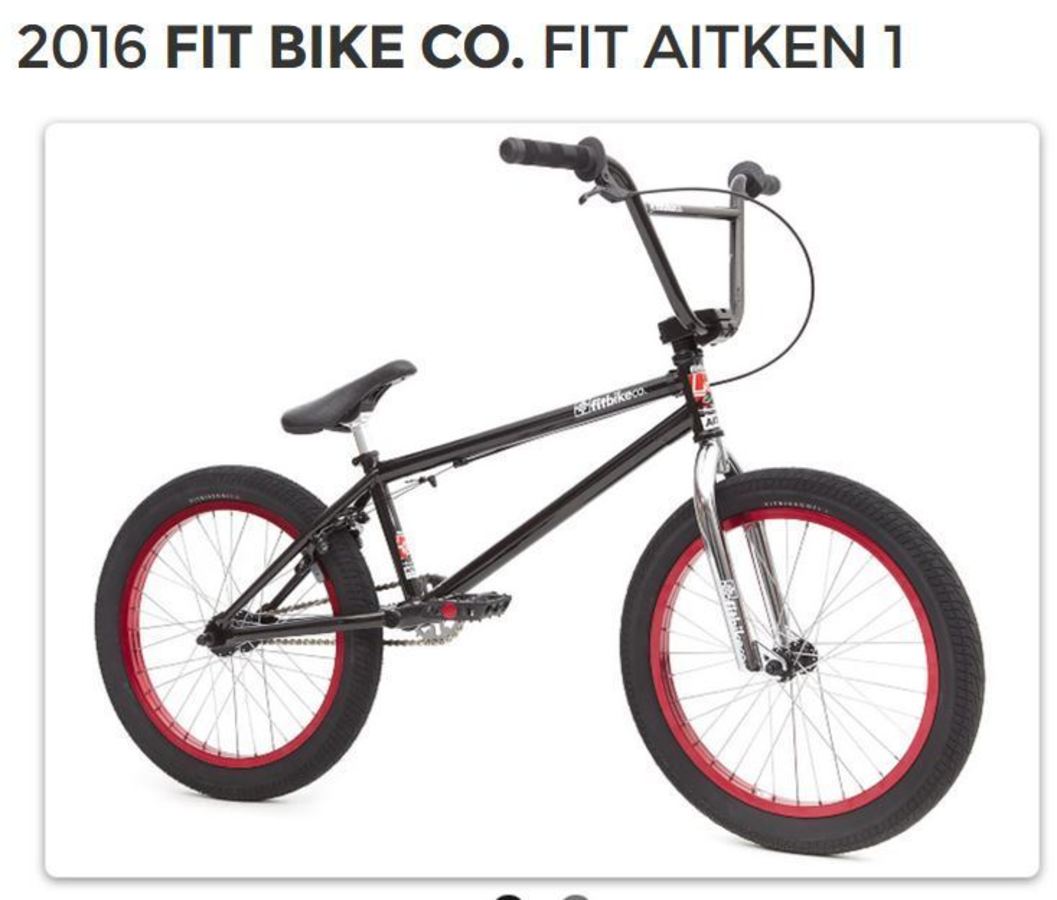 Guy said he bought it, tried to register it on Bike Index and found out it was stolen so he called me... 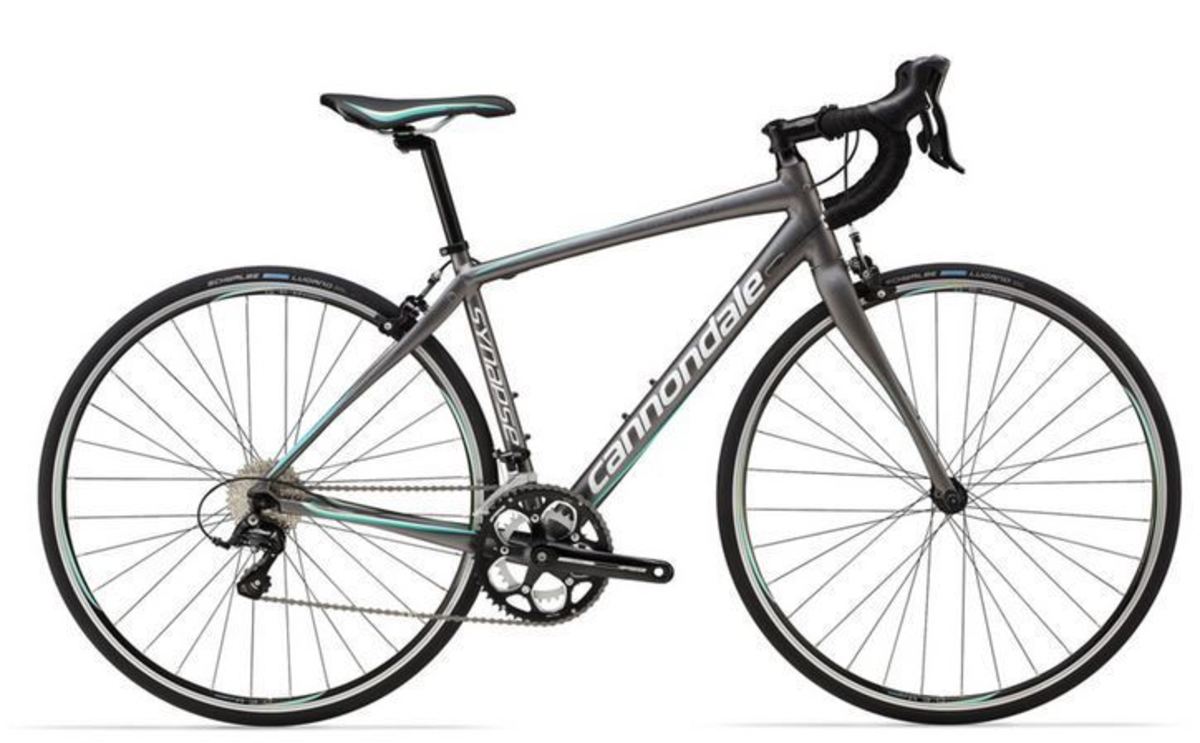 A guy bought it at the San Jose flea market for a great deal. He looked it up on bike index and found me, although the serial number had been covered up, and some parts replaced. I paid him back for it, and it's nice to have my bike home :) 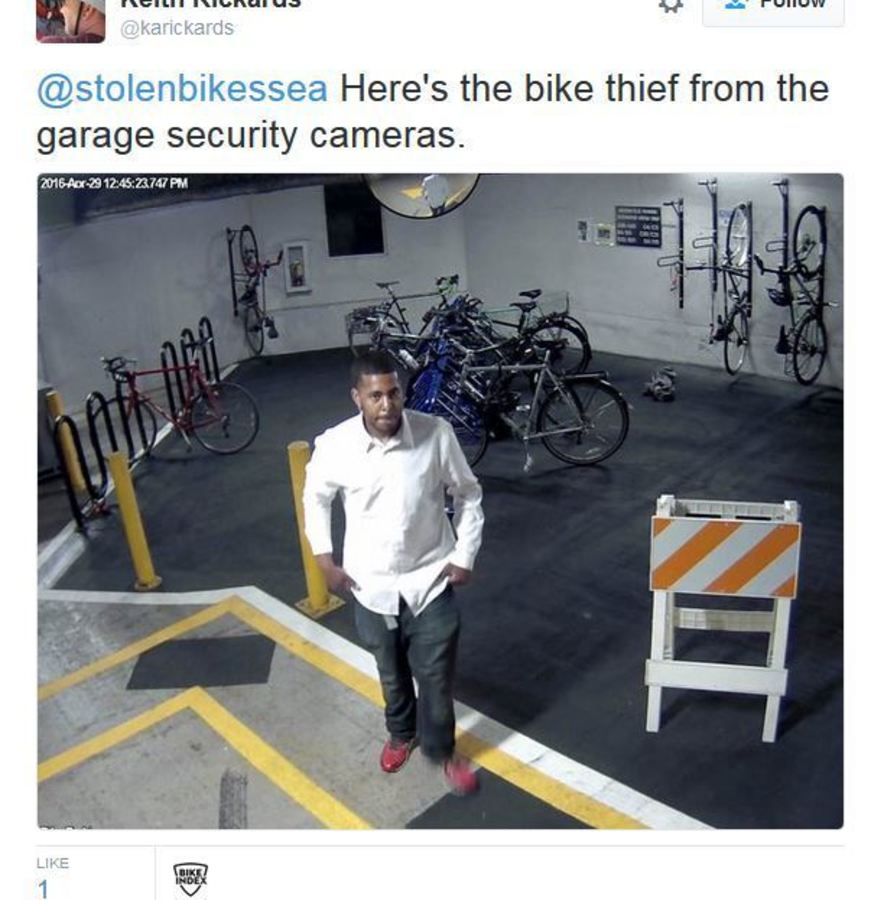 Not a full recovery yet, but we'd like to share the story - the owner of this bike tweeted this crystal clear security photo of his bike thief to our Seattle twitter feed, @stolenbikessea. We forwarded this to the The King Co Sheriff's officers who use the Bike Index, who then responded: "The @KCSObees arrested the person in your attached photo on unrelated warrants." So: this one's still in process. But, hey, thanks for looking directly up into the security camera! 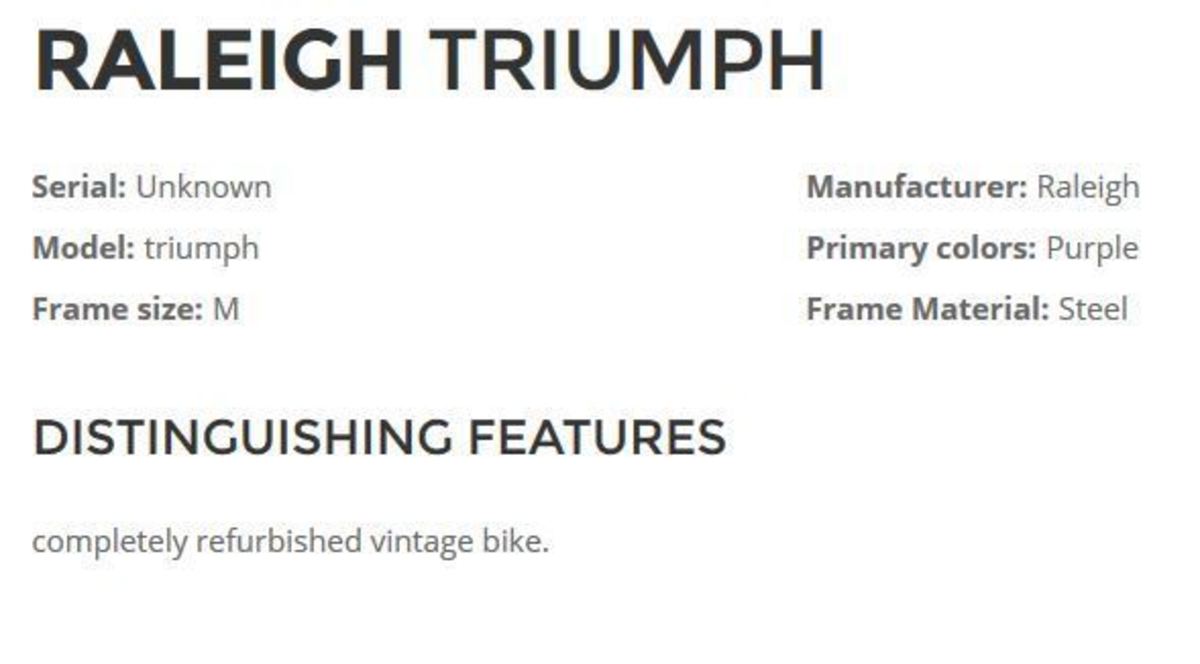 Pawn-related recovery - one of several bikes reported coming back via pawn matches this month.

A homeless woman bought it at Jantzen beach for $20 then looked on Bike Portland's Bike Index listings and returned it. Thanks! 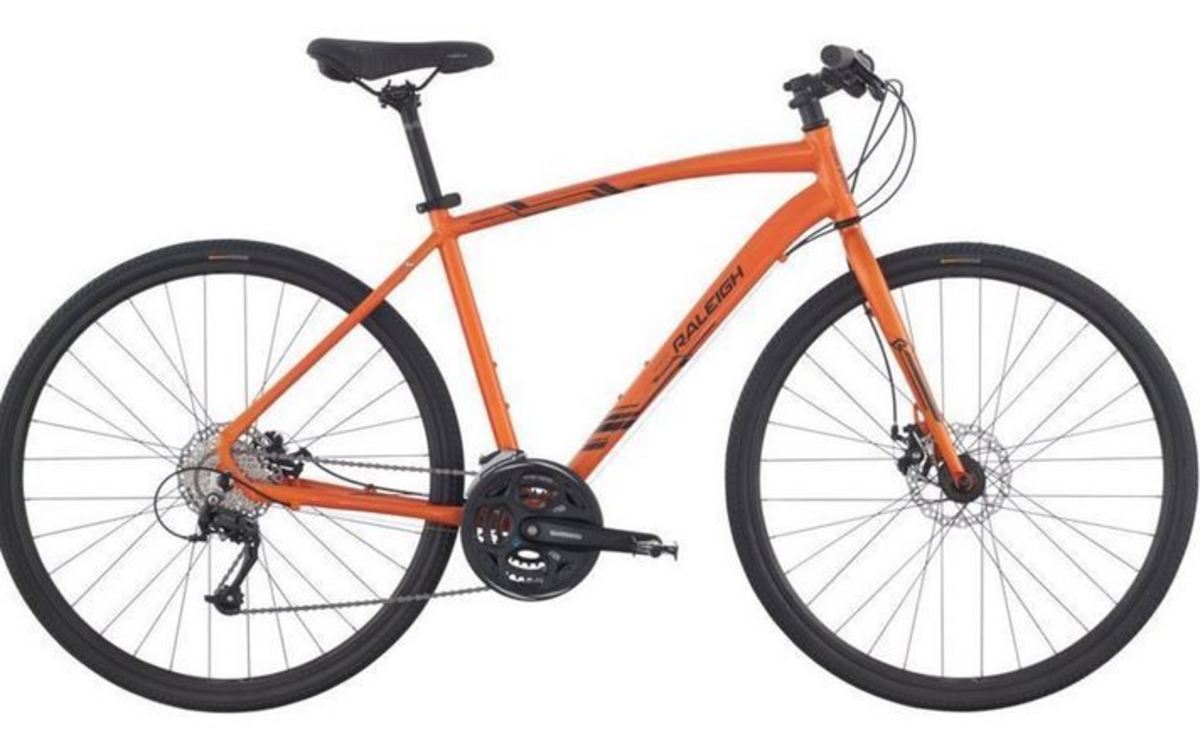 Pawn-related law varies wildly from state to state. Some victims, like this one, are forced to pay what is effectively a 'ransom' to get their stolen bike back from a pawn shop: "Oakland PD investigation led to a SF pawn shop, but we had to pay to get it back! There is a CA law that requires a pawn shop owner to be "made whole" if a stolen bike is retrieved from their shop. MADNESS!" 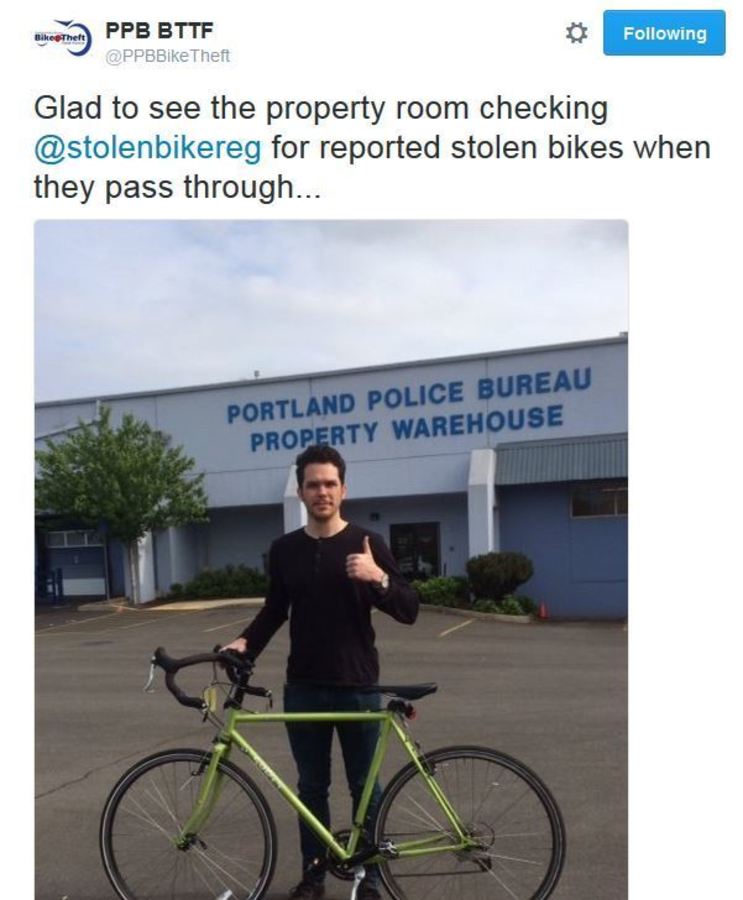 Recovered by the Portland Police Bureau, whose warehouse staff matched it in Bike Index and tweeted this recovery photo. "Thanks again for this service, I'm telling all my friends to register their bikes on Bike Index!" 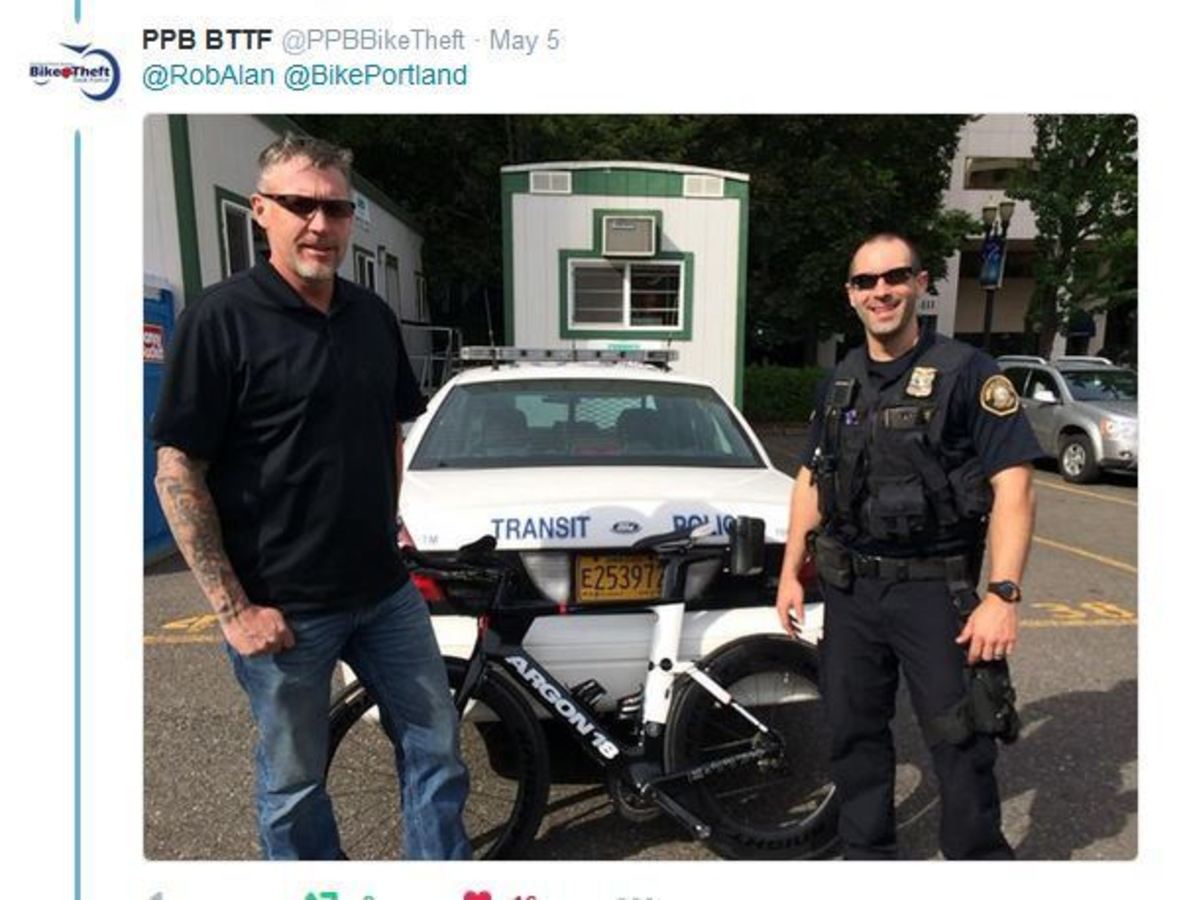 One of the more interesting recoveries we've had, as it played out on Twitter: Bike gets stolen, bike is listed with us and publicized on Bike Index PDX twitter and by @ppbbiketheft. Bike is spotted 'in the wild' and later an alert Bike Index user spots it again. Police then chase it down and recover the bike. "Because one of your followers the police were able to id one of the crooks in the photo supplied by your followers. They tracked him down and made the arrest. Thanks again Bike Index!" 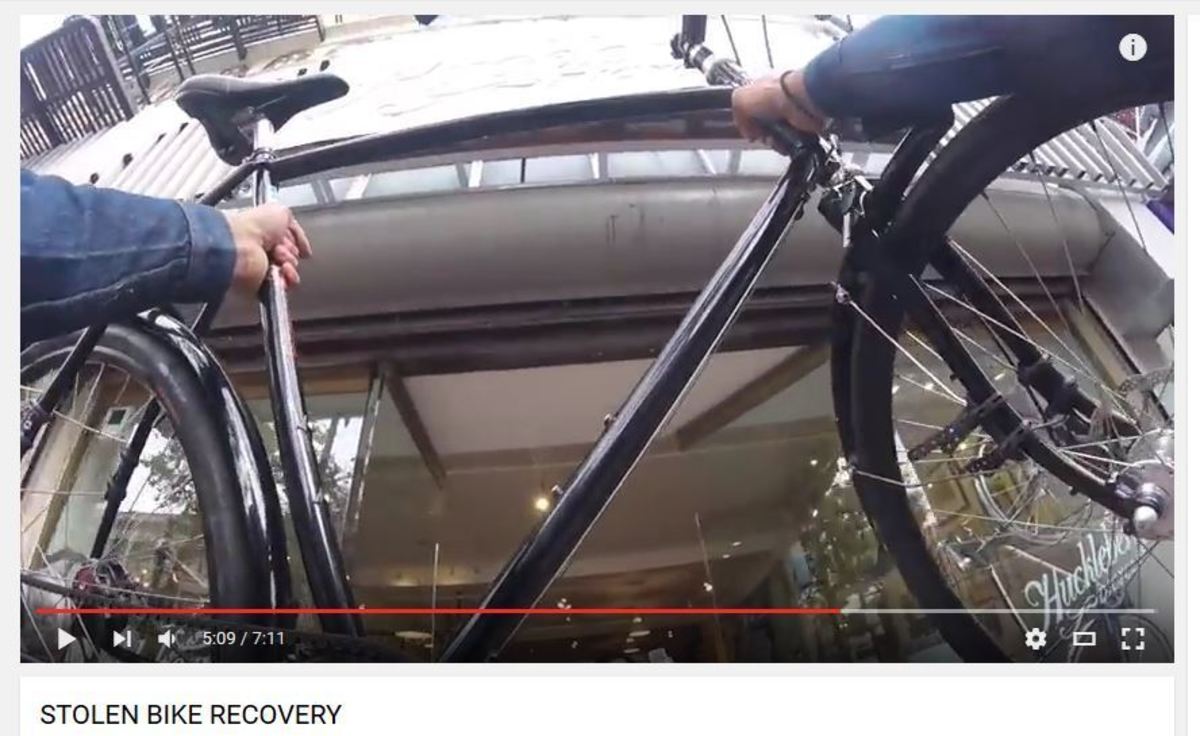 Another recovery thanks to an alert SF rider - Randall, a bike messenger in San Francisco and an amazing guy, took a chance and negotiated for the bike. He had seen the bike listed on Bike Index, spotted it, and made a great video about the recovery. 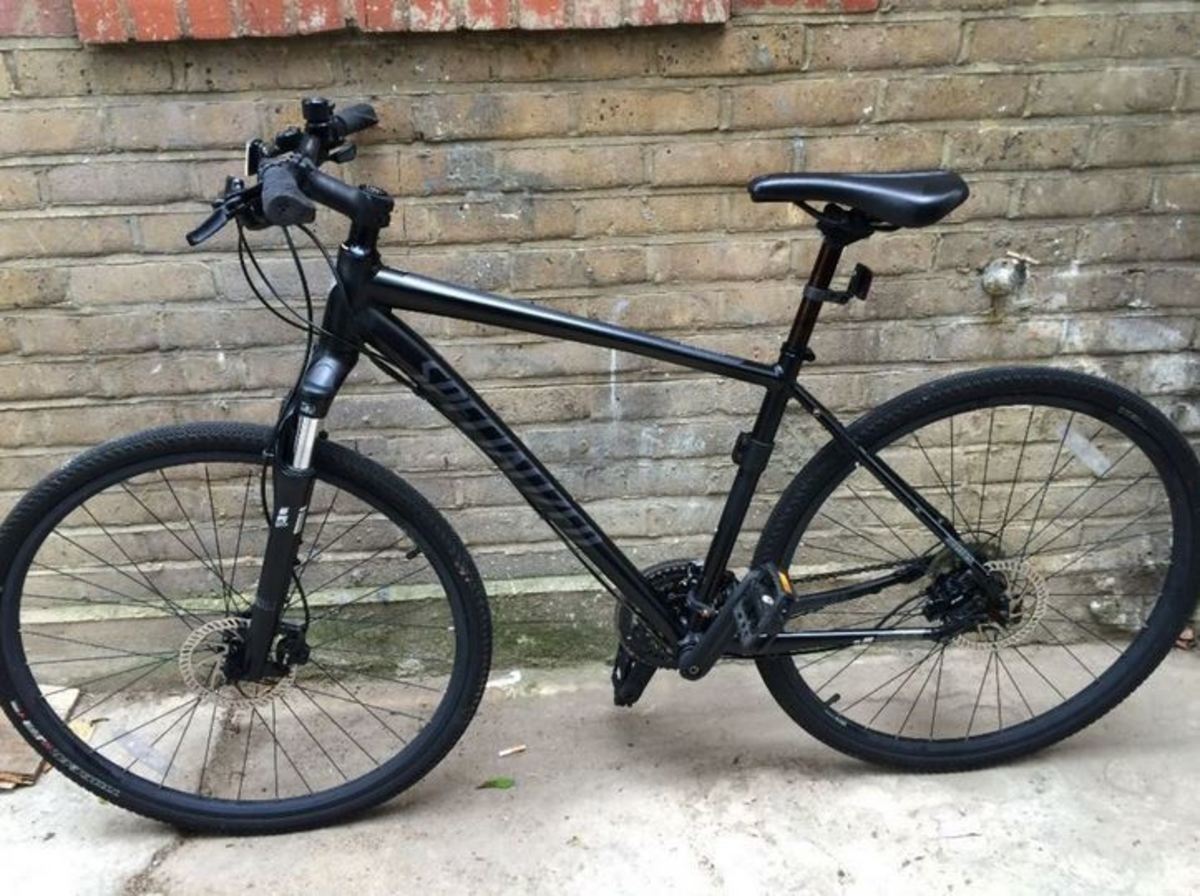 Yet another pawn shop recovery. Notice the trend? :( Pawn shop made contact after checking database. 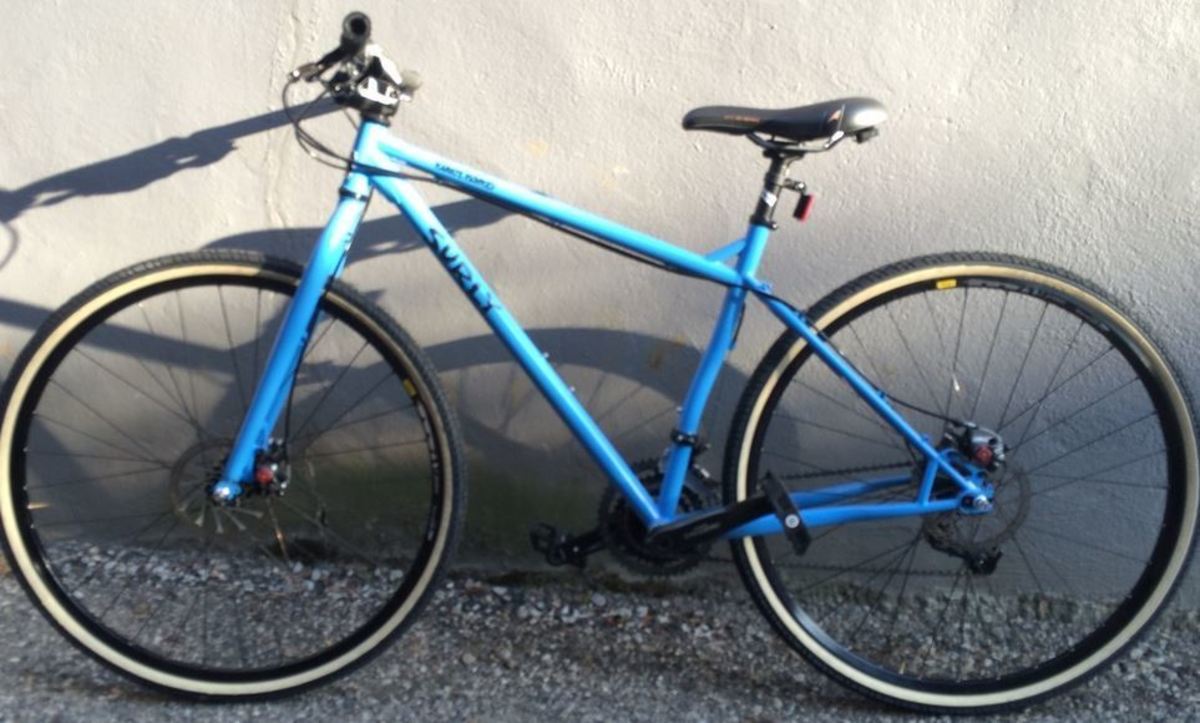 Another Portland Police Bureau recovery and match. Thanks, North Precinct! 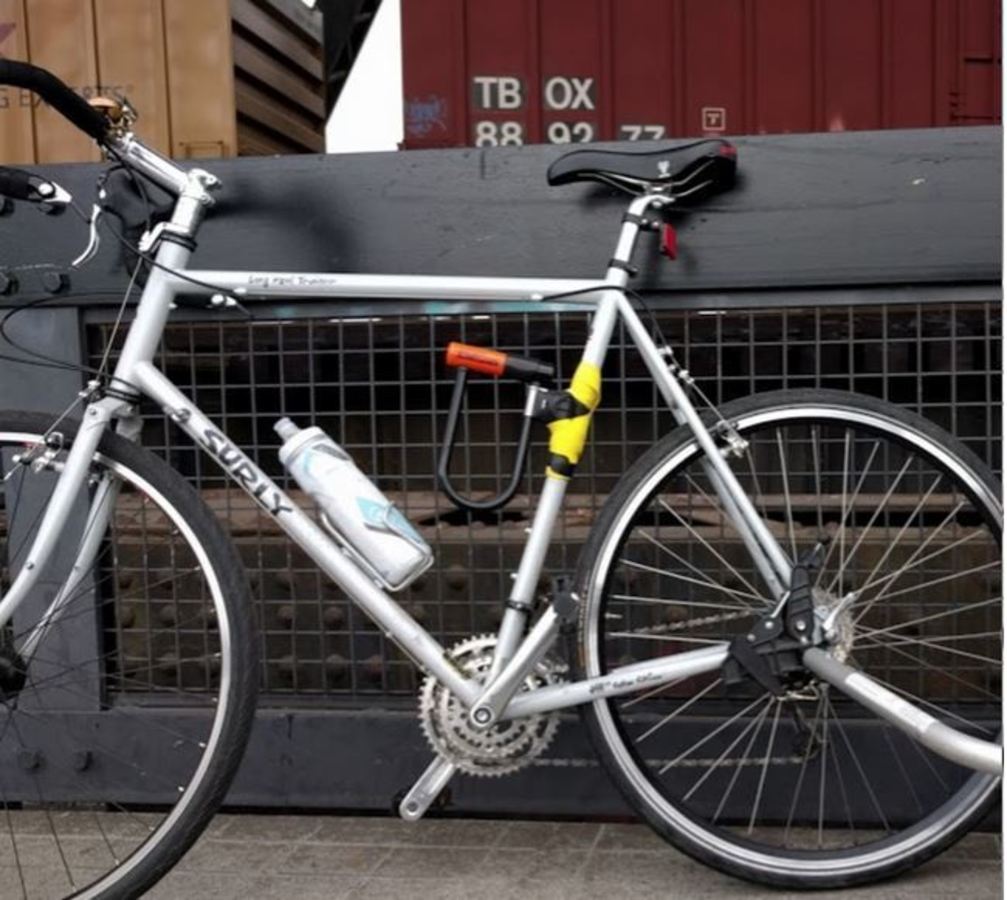 A local man who happens to run a bike repair shop found my frame and called to return it. (Shout out to Black Bird Bicycle Repair in Portland, OR!) 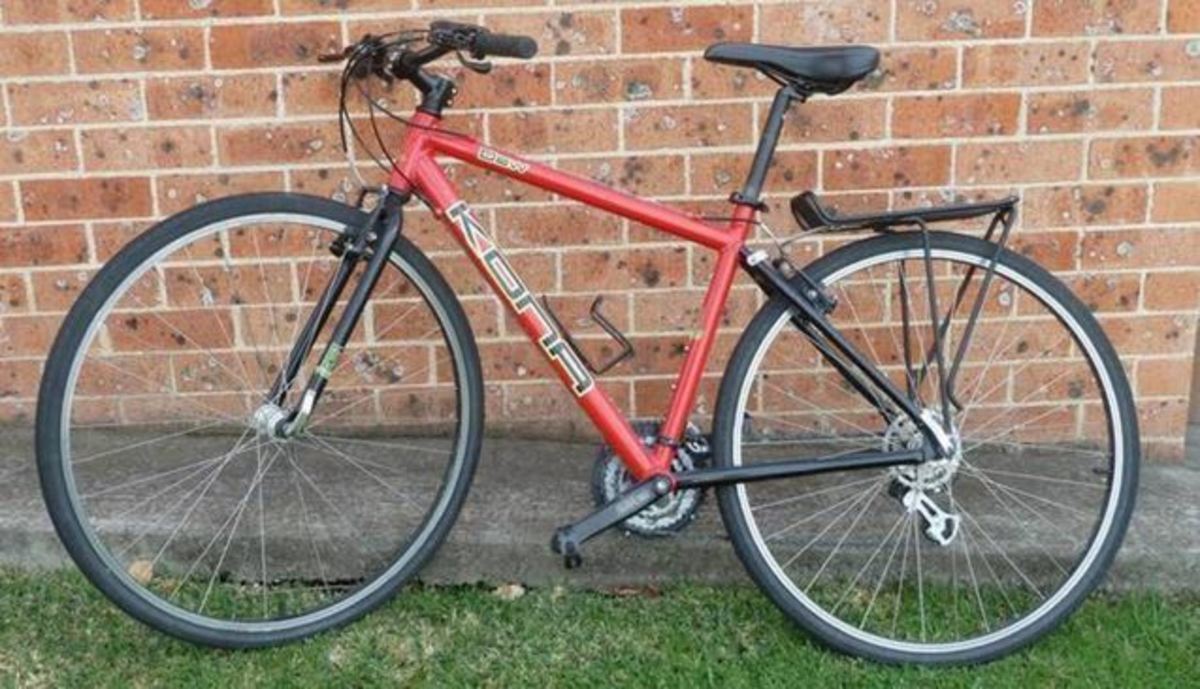 Yet another pawn shop recovery ... Sigh. Someday I'll finish a very, very long blog post on the pawn shop issues we face. But for now: this bike is home. 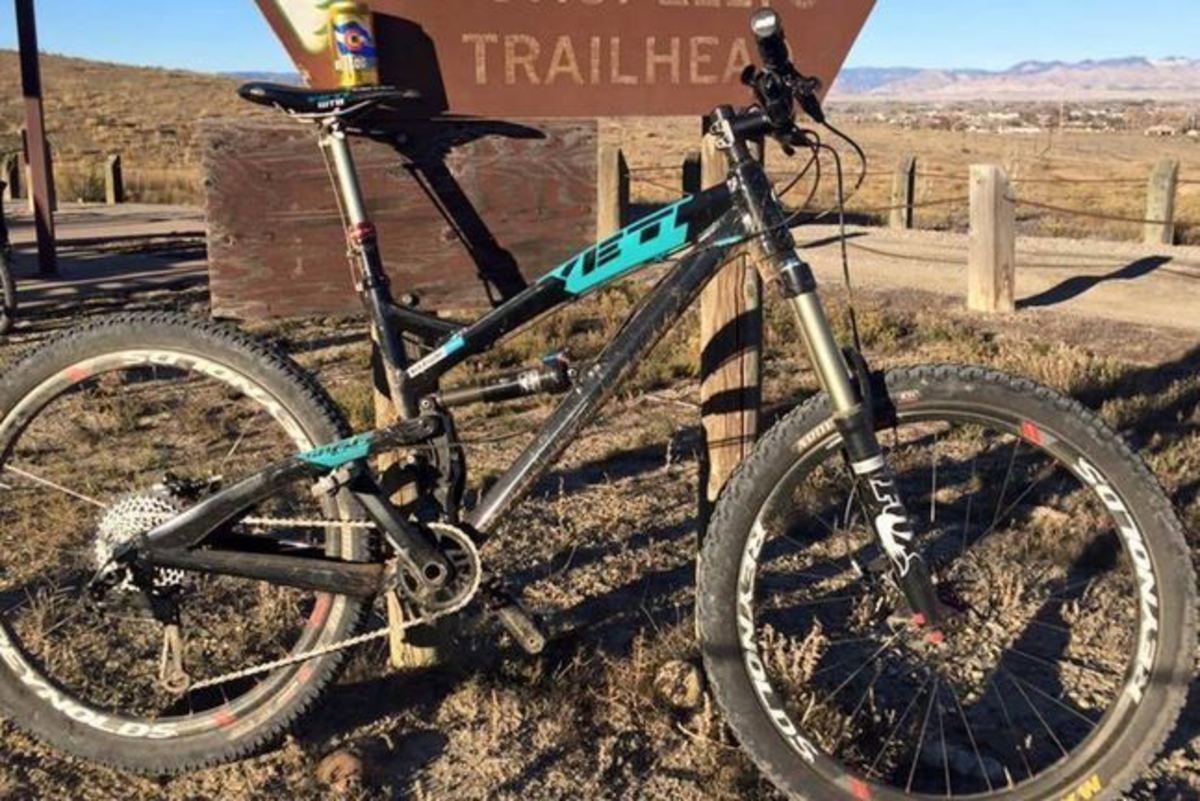 The owner of this stolen Yeti sent along a very long & crazy story - complete with him tackling his thief and details re: their chase and arrest by the local police. "I saturated social media to get the word out. It was on my personal FB page, the 303 Trail chatter, 303 Trail conditions, MTB Enthusiasts Utah, my twitter account, Craigslist and Bike Index. I am very lucky to have some great friends and it was shared out over 30 times by various people so the exposure was high. I don't recommend doing what I did but in the heat of the moment you make the best decision to get your property back... arresting officers tols me that they were high as a kite, had drug paraphernalia and have been linked to other robberies around this area."

"Hello! There seems to be an abandoned brown Schwinn outside my work in NW Portland..." - bike then recovered 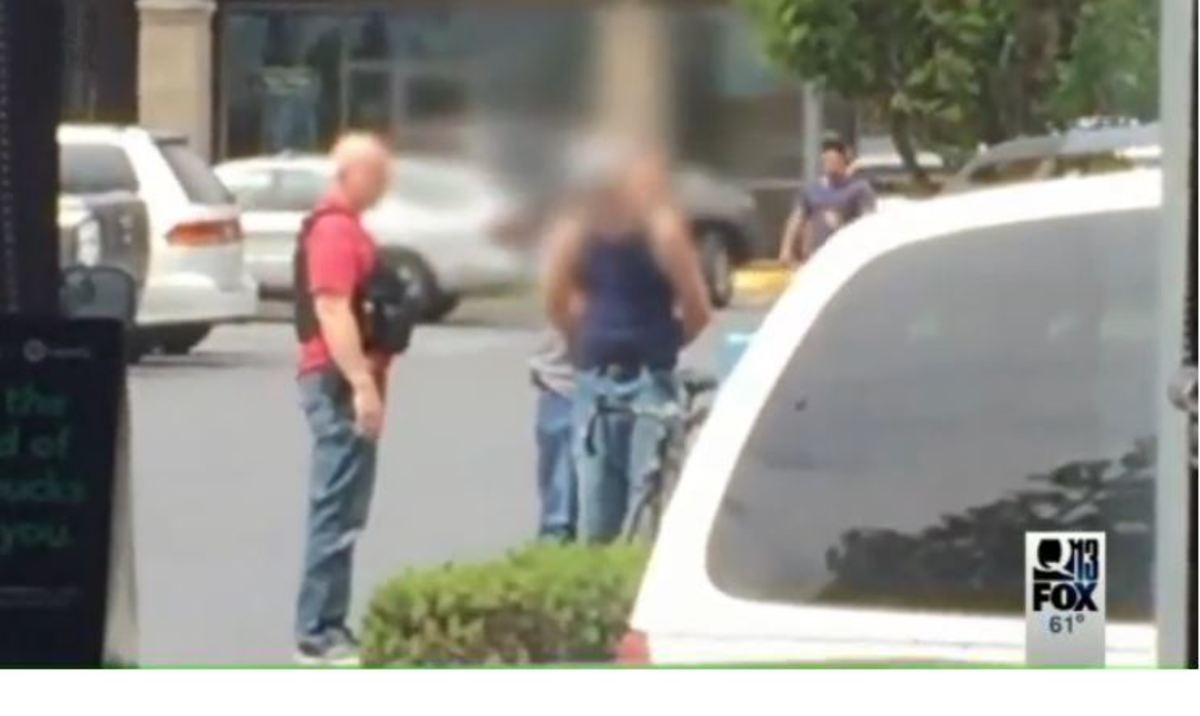 Spotted by a Bike Index user for sale on OfferupNow, owner alerted. Police ran a 'sting buy', which then became a news story: "Man finds his stolen bike being offered for sale, lets undercover cops meet with ‘seller’:
“I rode it from San Francisco to L.A., 549 miles over nine days, so this is why it was really important to me,” said Luckey. It was the sentimental loss that bothered him the most when his bike was stolen out of his garage in Capitol Hill. He’d listed it on BikeIndex.org and was lucky when he got an anonymous email from someone who saw it for sale on Offerup.com. He contacted the seller, who wanted to meet him at a parking lot in Burien. 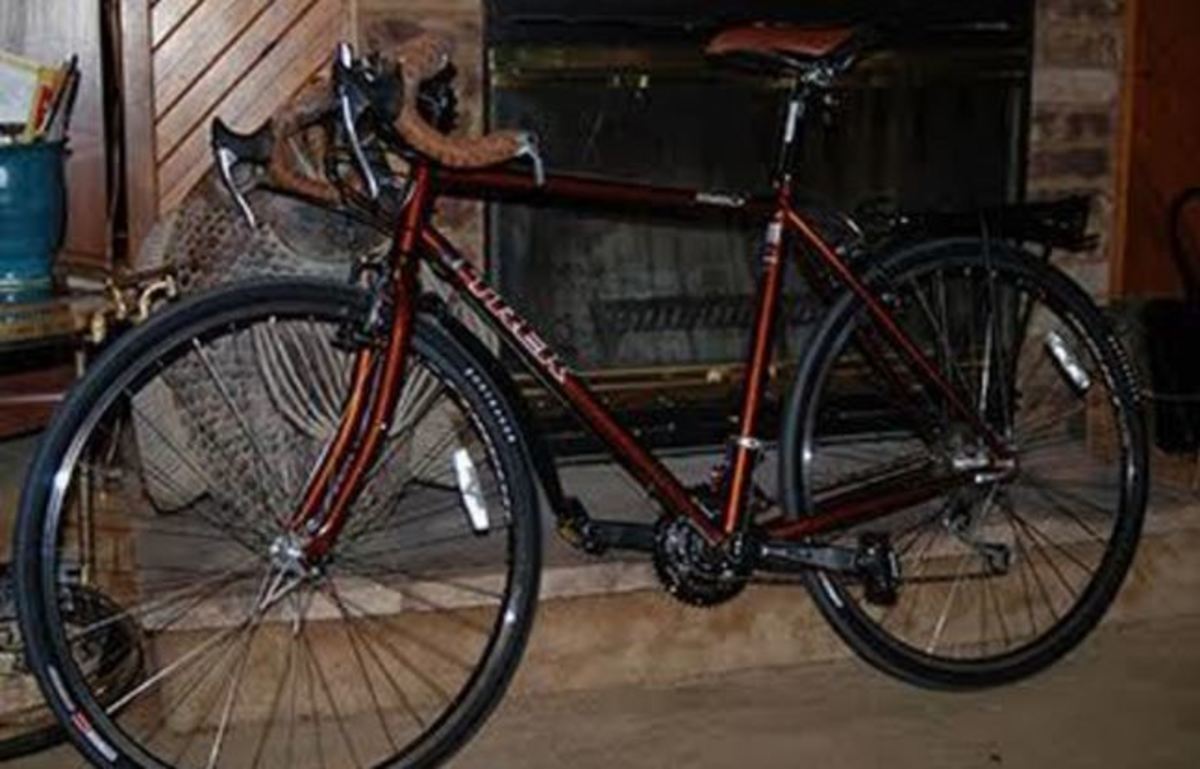 "Hello - I purchased this bike a while ago; I looked high and low for the ad on BikeIndex, called the police to run the serial number and nothing came up and only noticed it when I was looking to cross match another bike" - Bike was positively ID'd by a friend of the Bike Index, owner says: "Very happy to have my bike back! It lost a few things from theft to recovery, but the guy who contacted me about it was EXTREMELY generous and helpful in helping me get it put back together. "

This bike was spotted by one of our amazing Portland spotters who has ID'd many, many, many stolen bikes. Details omitted here to protect the victim ... but I'll just say the owner was pretty creative in recovering their bike. :) We now have the seller's info and will be watching them closely. "Popped up on Offer Up and someone who had seen your tweet saw it and sent ya'll an email. It was amazing."

The police recovered the bike from a pawn shop about a month after the theft. The bike was actually found on ebay by a person that checked its serial number against this registry. They called me and left a message and I was able to get the police involved before the ebay sale went through. It was being sold by a local pawn shop and the police took possession of the bike from them. 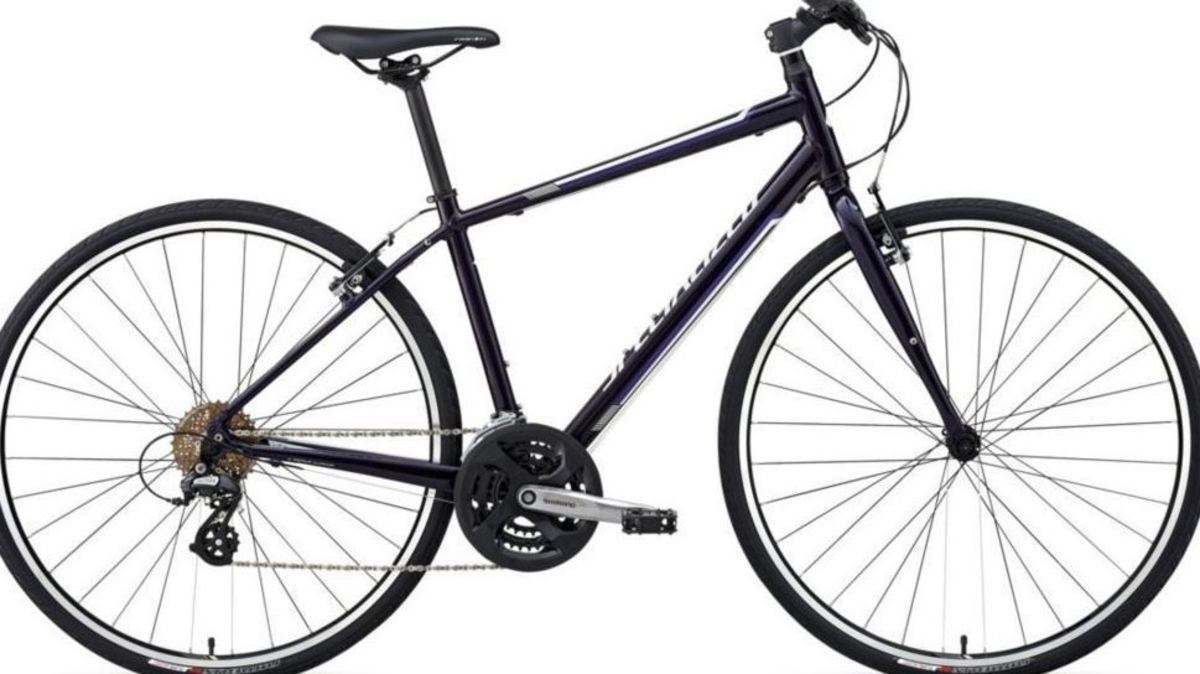 Another friend of the Bike Index came across this one 'in the wild' and contacted the owner through Bike Index. Thanks, M! Owner reports: "Got my daughter's bike back. She is thrilled!"

This one just came in, and we're following up on this odd one a little more, but: Long involved story, but this bike was chased down and found in a local meth house by the owner after a lot of annoying detective work.

And that’s it for May. Keep an eye on your bikes, folks!

I’ll leave you with these two tweets from our friends the @kcsobees :

This is a companion discussion topic for the original entry at https://bikeindex.org/news/bike-indexs-may-2016-bike-recoveries