A few tips for the well-meaning driver

If you've driven a car, at some point you've had to pass a cyclist. And if you've ridden a bike, at some point you have been passed by a car who has a) threatened you, b) tried to kill you, or c) done A but inadvertently.

On bad days, I think about throwing eggs or rocks at cars who try to pass me when I am going over railroad tracks (if my wheel gets stuck and I fall, you will run me over). On good days, I try to give the driver the benefit of the doubt because it's likely that many of them see few enough cyclists that they don't know how to react or don't realize that there are even regulations in place about how cars and cyclists should interact. And while we cyclists tend to focus on the negative interactions we have with cars, if you counted up the number of cars that passed you each day, the neutral or positive reactions between bike and car would far outnumber the bad ones. 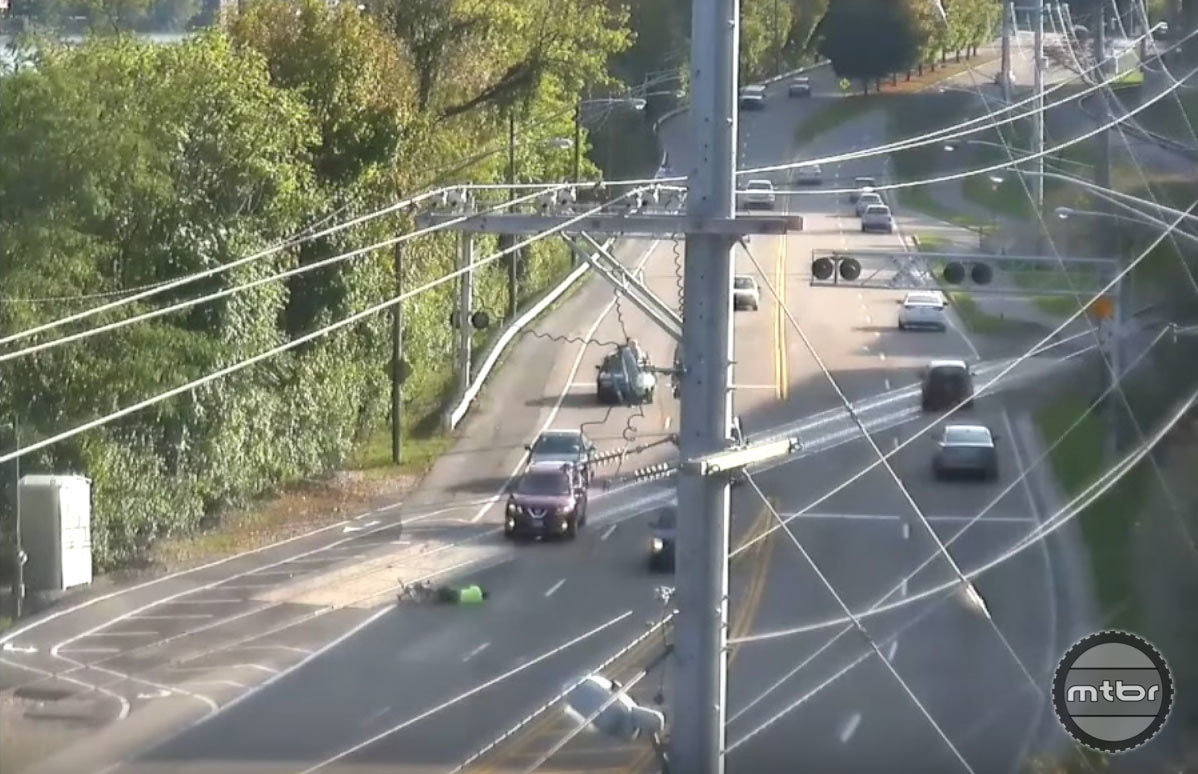 So, in the hopes that there are some drivers out there who are open to some tips about driving around cyclists, I've compiled a small list of information that doesn't accompany a middle finger, because everyone deserves both the benefit of the doubt, as well as the opportunity to learn before they are chastised. I know that cars are not always at fault, and that's not what I am trying to say here. I'm merely demonstrating one side of the cars + bikes ecosystem in hopes that it may demonstrate where cyclists and cars can improve.

1) We're sharing the road. I know this might be hard to accept, but we all pay taxes for the roads. This includes people who aren't even driving, such as people who take the train. That means cyclists pay taxes for the right to use the roads too. Cyclists don't (yet) have to pay to title or register our vehicles because most of our bikes cost less than $1,000. Our vehicles also don't kill people. You can shout all you want that people on bikes have killed people, but let's be real. People walking can kill people. If you look at fatalities caused by car, you'll see that they're significant, and merit vehicle registration. Just because we don't pay to register our bikes, doesn't mean we can't be on the roads. All this is relevant because it means that we belong on, and have a right to use the roads. We're not on sidewalks because we're not supposed to be.

2) There are actual laws about how cyclists and drivers can interact. I encourage everyone to look up the laws in their state. For example, where I live in North Carolina, the Department of Transportation released this handy presentation outlining some of these regulations. Here are some interesting/important notes: 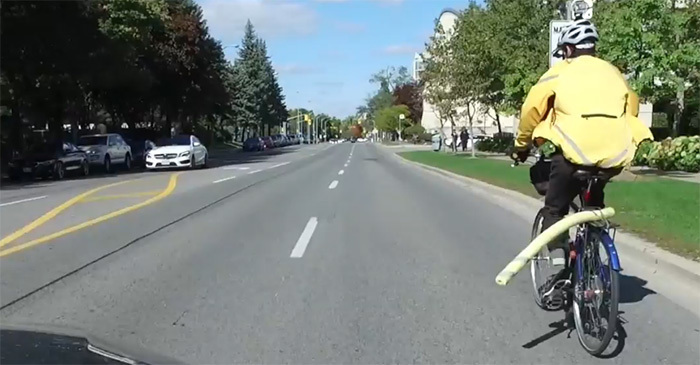 There are laws for cyclists too, including using hand signals, not texting while riding, and in general, not intentionally being dangerous or obstructing traffic. Some states prohibit using headphones while riding a bike.

3) Bikes are cars too. In many states, bicycles are considered to be vehicles. A huge pet peeve of mine is when I come to an intersection and come to the appropriate stop and then someone in a car tries to be nice and wave me through. Not only is this breaking road rules, but I've already gotten off my bike. Just take your turn. It will be faster for everyone. You stopping causes everyone behind you to resent me. Some states are trying to enact laws that give cyclists permissions to roll through stop signs, but until those pass, if a cyclist stops for your car at an intersection, go. Check your local laws to see how you should treat bikes at intersections. That being said, there are cyclists that will run intersections, even when you are already starting to go. They're breaking the rules, yes, but that doesn't mean they deserve to be run over.

4) PLEASE don't turn right into me. I don't care if the sun is blinding you. I don't care if I'm going slower than you. Look to your right before turning right. Many bike lanes stay to the right of turn lanes, which is an infrastructural issue, but many cyclists follow the bike lane. That means a cyclist has the right-of-way to go straight, to the right of you, even if you are turning right. Don't speed up and pass a cyclist and then slam on the brakes to turn right, right in front of them. That's kinda messed up.

5) Just because there is a bike lane, doesn't mean I am not going to need to come out of it. Bike lanes don't stay as clear as roads because cars aren't pulverizing everything in the bike lane 24/7. Often, bike lanes are repositories for road jetsam. That means glass, rocks, leaves, and other things that can cause us to crash. If I fall in a bike lane, some of my body or bike will be in the road, and you could run it over. I don't want that. You don't want that. And by the way, realistic bike tires are the same cost as new car tires. Crazy huh? We're not trying to ride through huge piles of glass. Give a little bit of passing room even to cyclists who are riding in the bike lane.

6) Hitting cyclists with your car is not allowed. This isn't me being nitpicky.

7) Look before you open your car door. "Getting doored" is an actual term thanks to so many cyclists getting plowed by someone who just opens their car door right into a cyclist's path. It really hurts, it'll mess up your door, and it'll mess up our bikes. If you're already getting out of your car, you'll probably get hurt too, when someone who is riding 20+ mph comes to a stop in an instant, in your lap. Plus, the cyclist will probably be in the right, and you might have to pay for everything: your door, medical bills, and in some cases, their $10,000 bike.

8) Don't lay on your horn. I've done it in my car, and it feels awesome. I know. But if you lay on your horn - especially if I haven't done anything egregious and I'm not expecting it - I will probably reciprocate by getting in your way. Just a few light taps to tell me I've done something wrong is enough, and I'll move over.

9) Don't pass me right before a stop sign, and then stop. Would you do that to a driver? No. That would be weird.

10) Treat me like someone who is walking their dog. That person walking their dog in the neighborhood is getting in your way just as much as I am. Why do you treat them so much more nicely?

The best way I can describe this list is as an exercise in attention. So often, when we drive in our cars, we're well-protected and insulated, and we don't realize that this is not the same for others on the road. Try to remember that cars can be dangerous when operated dangerously!

There are both drivers and cyclists who will continue to intentionally endanger the other party. Those people are jerks. But ultimately, cyclists are not going anywhere. So, it would be easier and less aggravating for all of us to learn how to co-exist on the road. Presumably, regulations about bikes on the road will continue to change, so stay up to date. If you see a cyclist doing something on the road that angers you or that you think is incorrect, look it up, so that the next time it happens, you know what to do, and maybe you could even politely roll down your window and inform the cyclist they they're being cray. The same goes for us cyclists: if someone on the road does something dangerous, your first reaction comes from fear and anger, and usually involves an emotional incident with a driver that in all reality, will get you nowhere. Easier said than done, but try to remember that politeness will get you a lot farther than screaming.

This is a companion discussion topic for the original entry at https://bikeindex.org/news/a-few-tips-for-the-well-meaning-driver?locale=