We announce most of our stolen bike recoveries on Twitter, but it’s hard to get the full story in 140 characters. Instead, we recap these recoveries here to show how stolen bikes we help recover make it home.

Be sure to check out our previous roundups from June 1st, May 18th, and June 14th.

In this roundup: 11 recovered bikes, mostly from the usual suspects - Craigslist and OfferUp - but also some great recoveries by local shops and neighbors.

The amount of email we’re getting from Bike Index users who cross-check online bike ads with out stolen bike listings is amazing! The bike community is finally standing up and putting a stop to this problem, and it works! Read on: 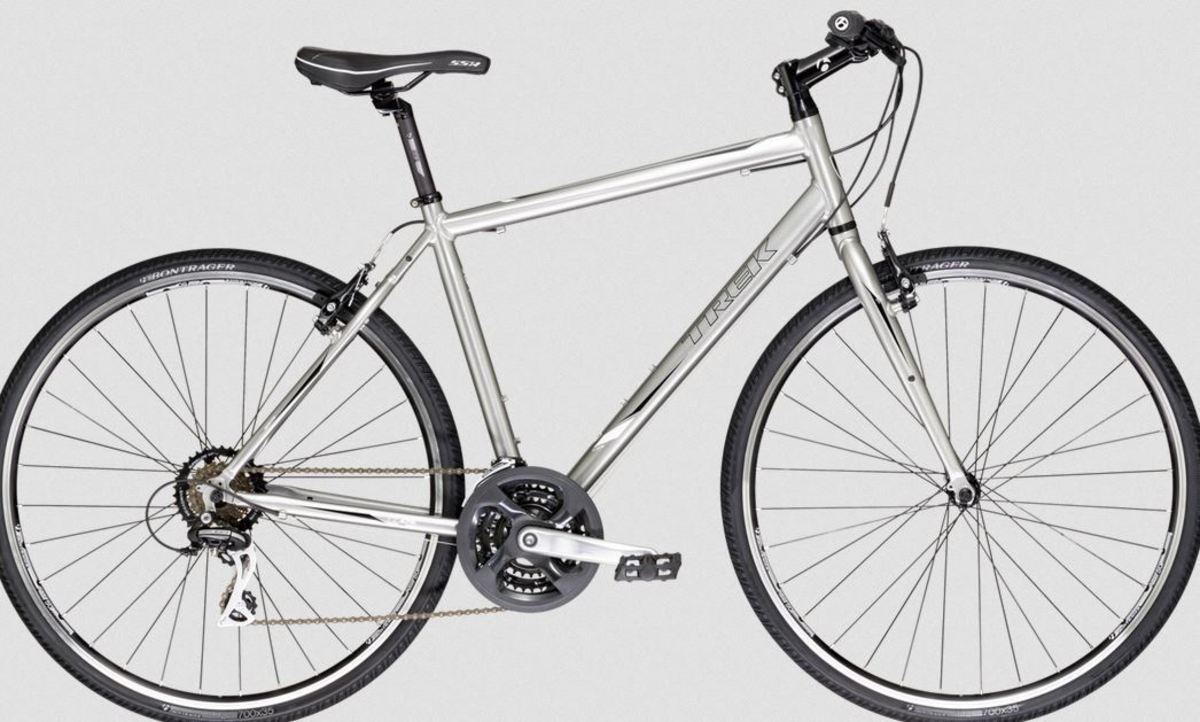 After Bike Index posted the notice on social media, I shared the post on my Facebook and a bunch of friends reposted it. Someone ended up seeing it and connecting with my son. They checked the serial number and it was a match. If it wasn't for my son telling me about Bike Index we would have never found the bike! 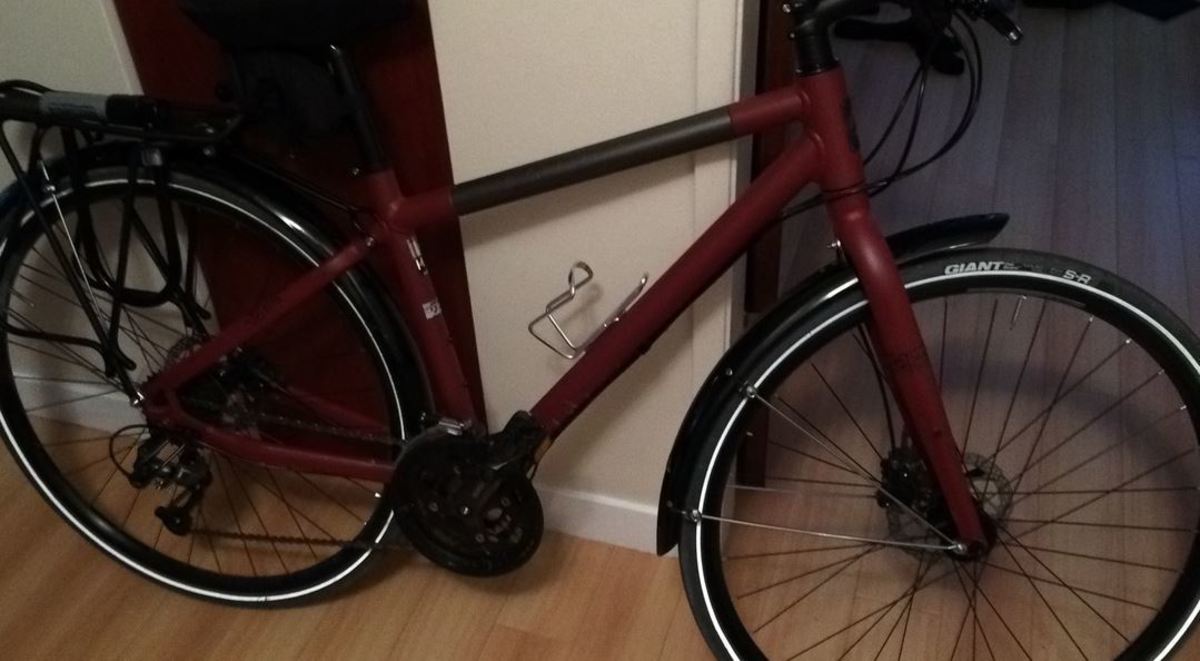 Someone found my bike , suspected it was stolen and then looked up the serial number on Bike Index and voila! It's back. 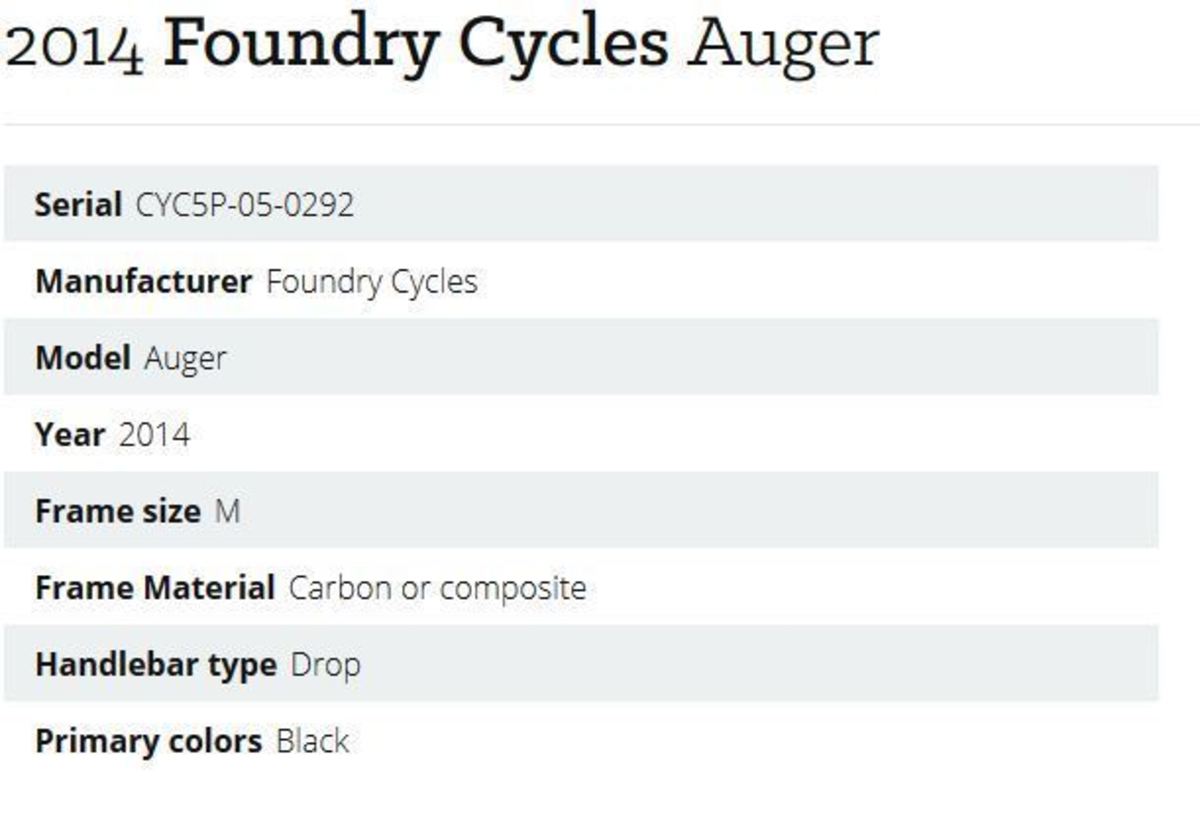 Someone was selling my nice bike for too little on Craigslist, and a guy searching for bikes thought it was a bit funny. He looked up the bike on Bike Index and figured out it was stolen. We went down together and managed to convince the people selling the bike that it was stolen. They gave it back without too much trouble! 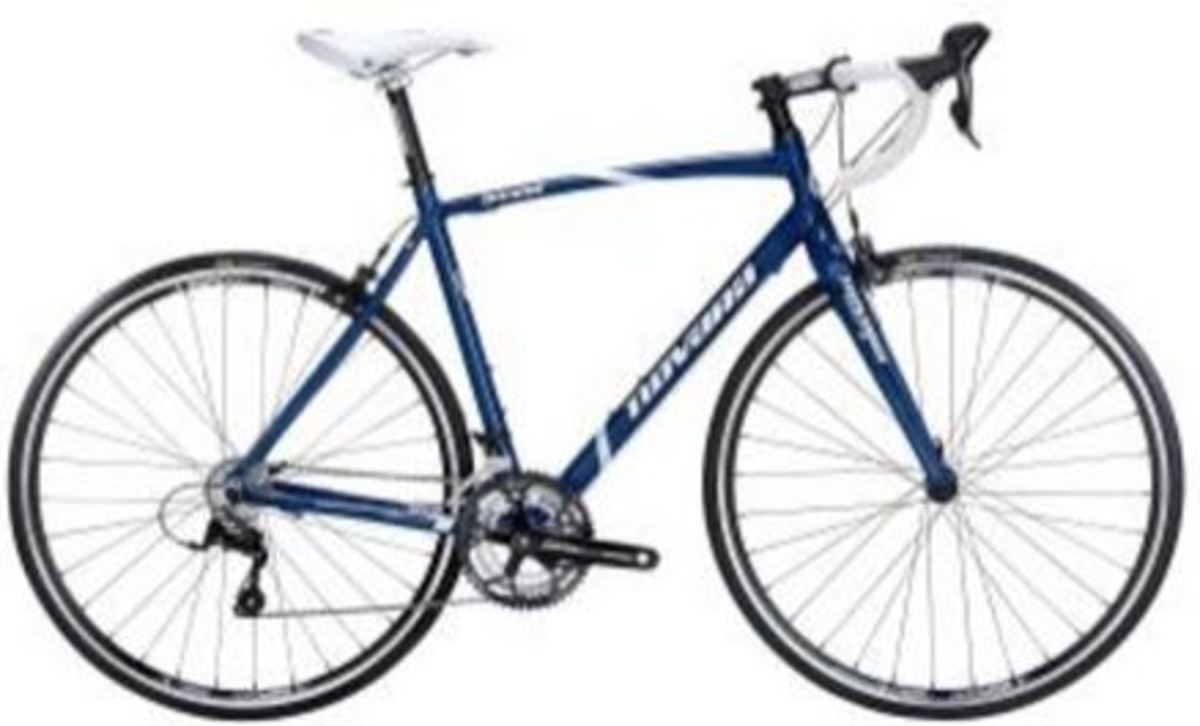 This bike was sold through Craigslist - the purchaser felt there were some red flags, but the serial number didn't come up in the stolen bike registry, so he bought it. It turns out he was looking at the wrong serial number. When he tried the *actual* serial number, my information popped up, and he called me and then we confirmed it is my bike. 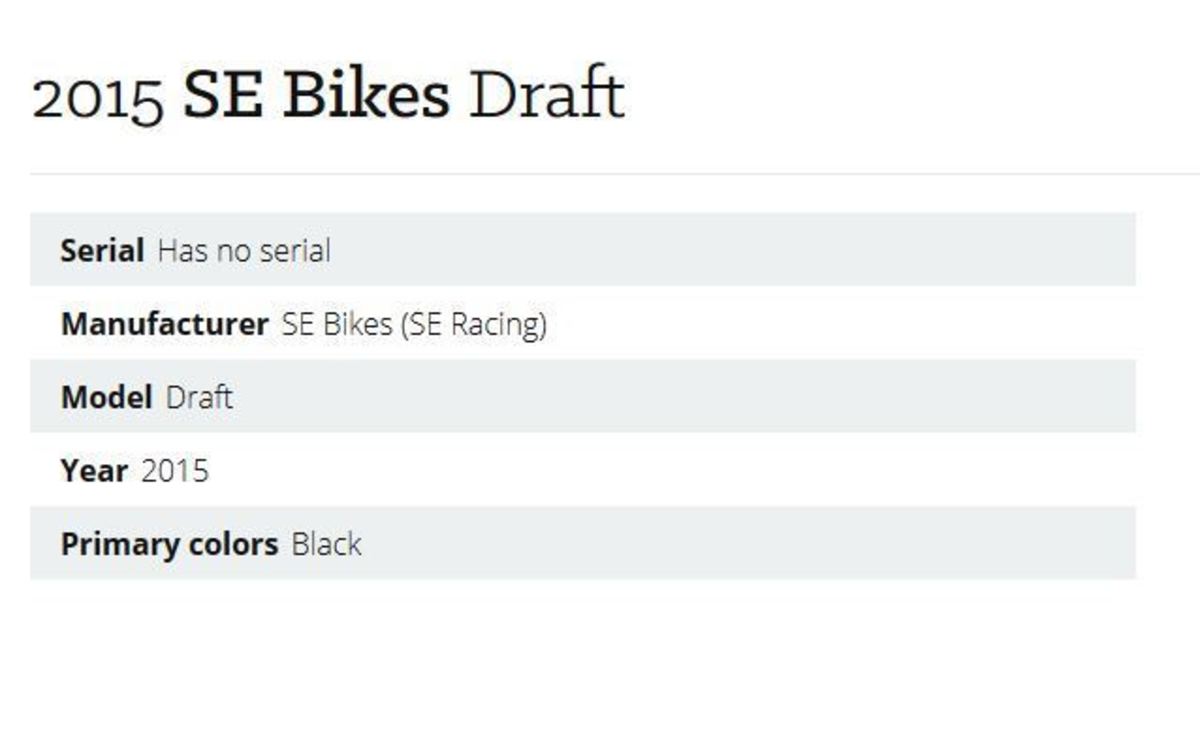 In case the police have not contacted you, already.... YOUR BIKE WAS RECOVERED by one of the owners of Taylor Court Grocery! They reported it to the police. As of Friday, they had your bike at the store. They showed me the bike - as I had a bike stolen recently, too - and asked if I could help. Sorry it took so long but from your description--your bike ABSOLUTELY HAS been recovered! Yay!!

Note that this bike was recovered even without a serial number on file. 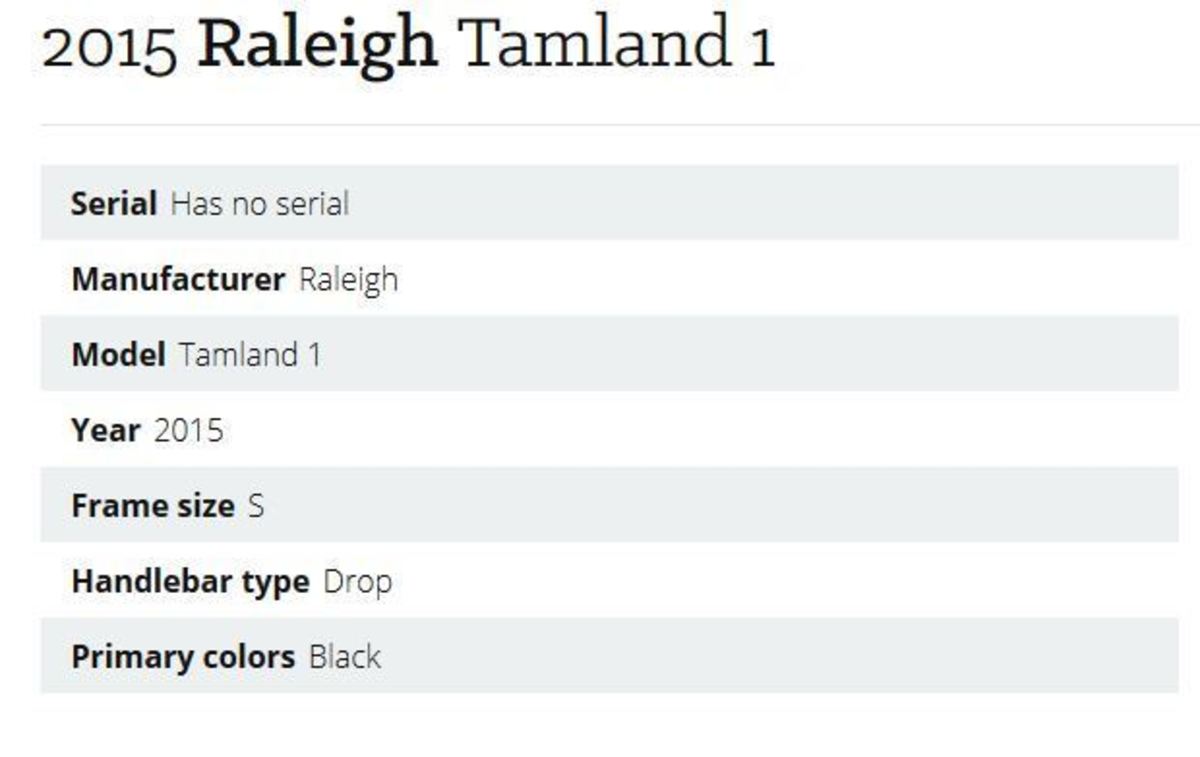 One of the guys at Western Bikeworks gave me a call when he and his coworkers saw my bike locked up close to their shop. There were a few suspicious things that he'd noticed, so he looked on-line, found my registration here, and gave me a call. Thank you to him and Bike Index.org!

This is the fourth or fifth stolen bike the crew at Western Bikeworks have recovered, so a HUGE shout out to them for keeping their eyes open.

Also, this was yet another bike recovered without a serial number on file! 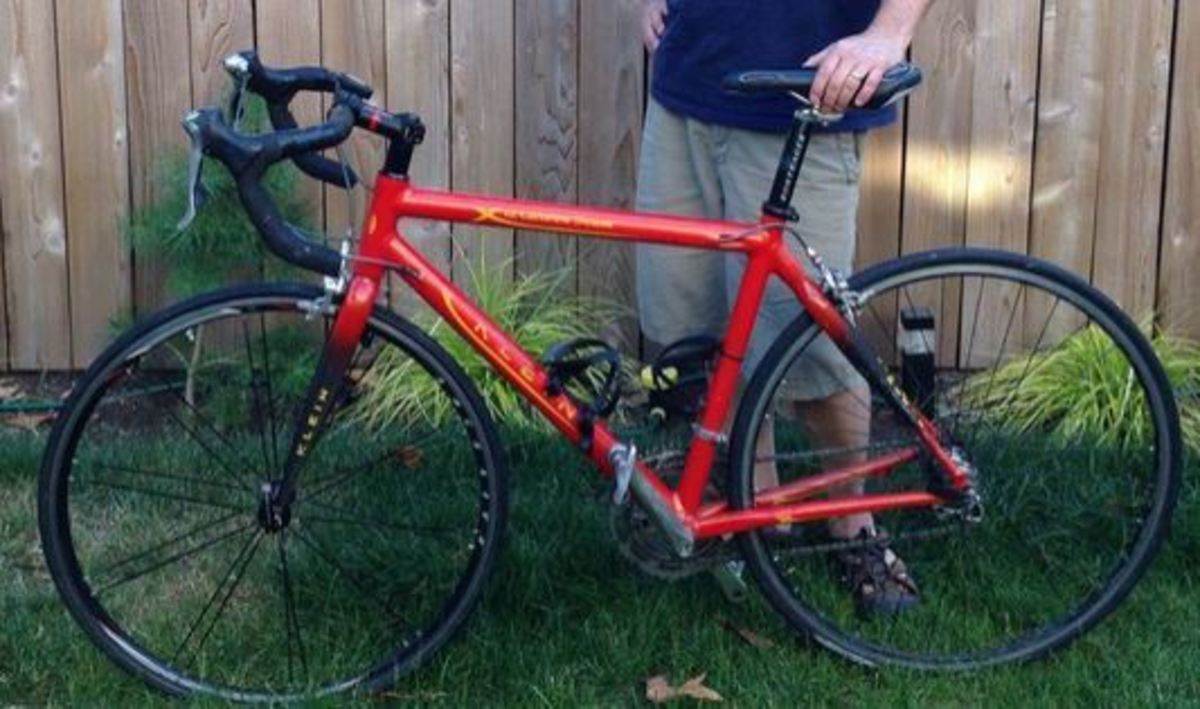 I got a call from the Portland Police that they were contacted by a bike shop at (redacted). He said that someone had brought it in to have some repairs done and the shop did a Bike Index search and saw it was stolen. They contacted the Police who notified and returned it to me yesterday afternoon. So, your site worked great for me - thank you so much! 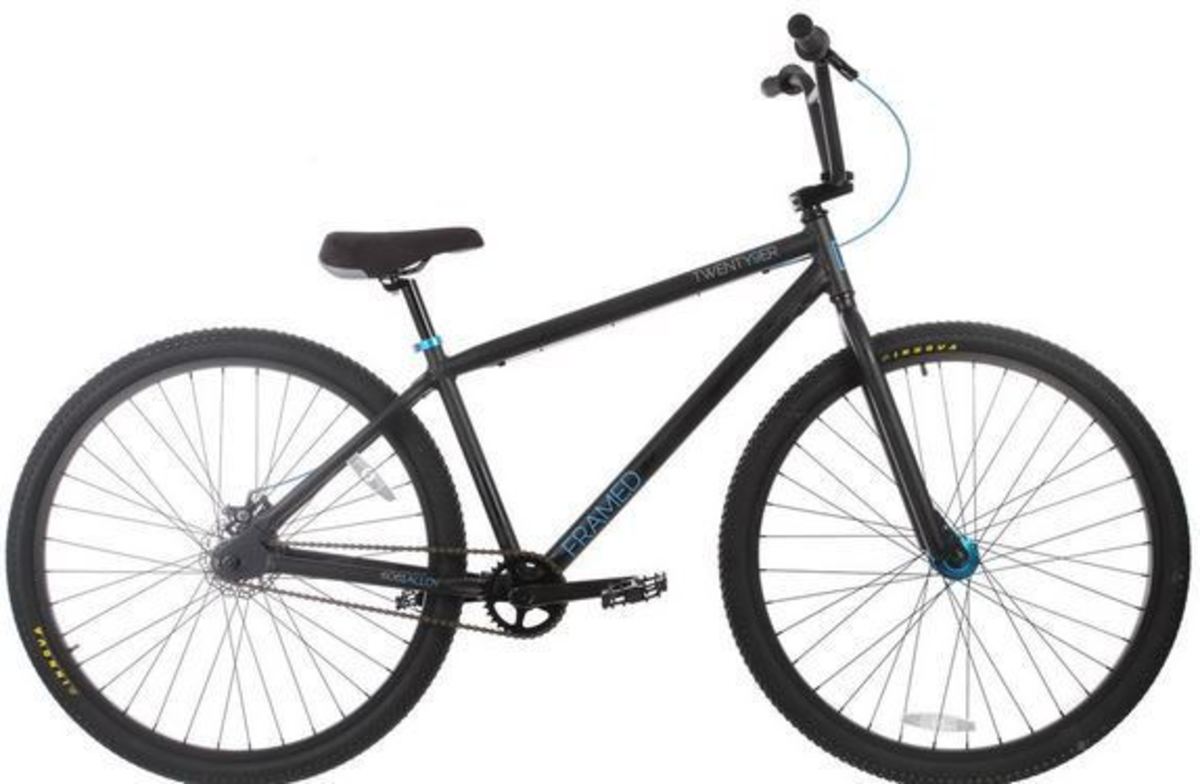 Three months ago my bike was stolen from our "secure" garage. I put it up on the Bike Index and filed a police report but I assumed I would never see it again. Earlier this week I received a call from King County Sheriff Transit Division saying that, based on my description on Bike Index, they recovered my bike. I didn't have the serial number, but it is a very unique bike. I met the deputies in south Seattle and sure enough, *they had my bike*. A different seat, few extra scratches and a flat tire, but other then that in good shape. Someone had been riding it when they questioned her and they recovered it.

Again: note this bike was recovered even without a serial number on file. 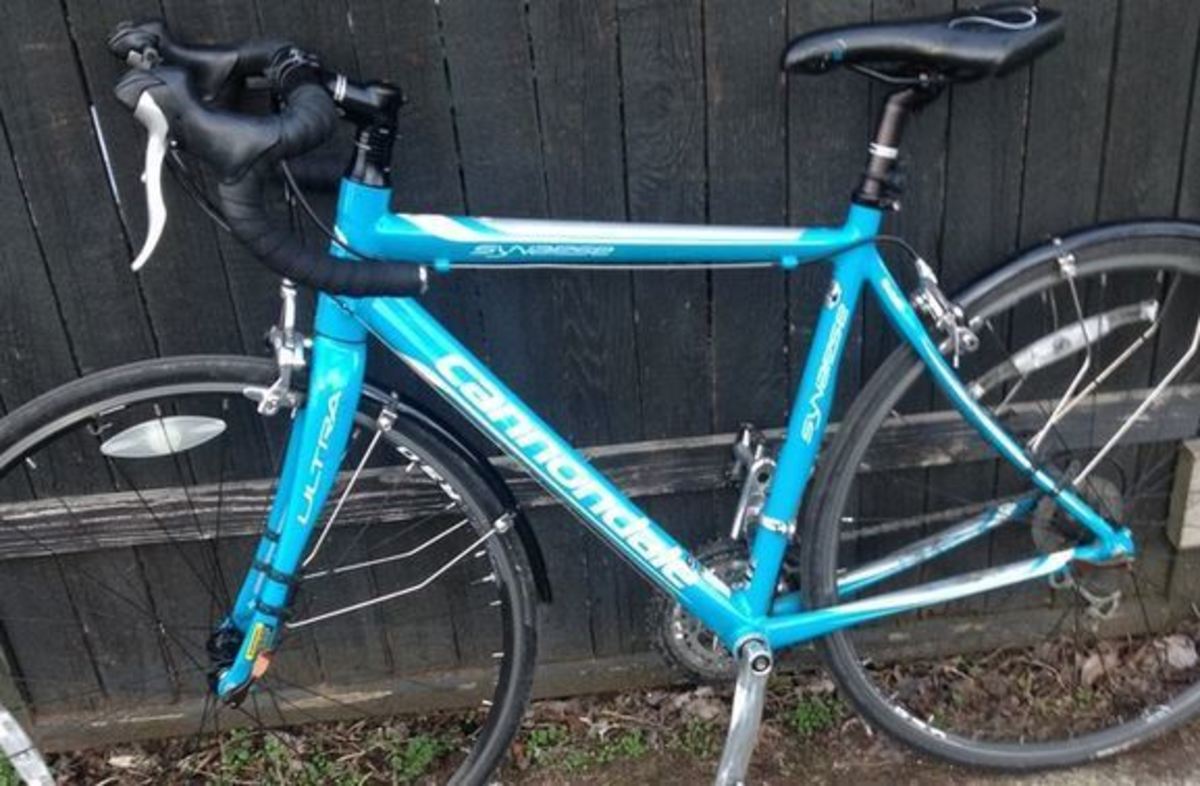 "A foot patrol police officer found it under a bridge ..."

This bike was ID’d and recovered by our friends at Portland Police, who tweeted about this bike’s recovery. Like they say, “Buying a #stolenbike is a crime. The $10 price tag and U-lock is a clue.”

The Portland Bike Theft Task Force officers tweet their work over at @ppbbiketheft - and are worth a follow. 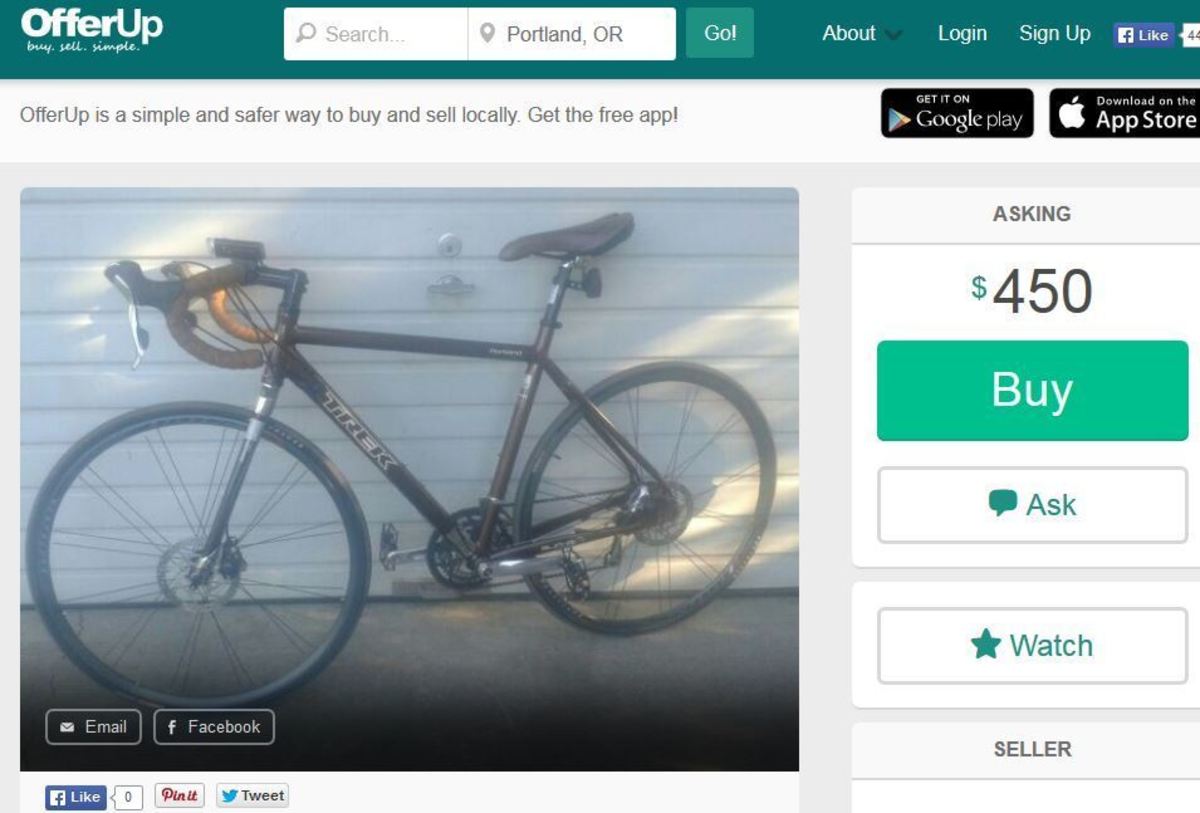 Once I confirmed that the bike was the same, I said "Here is the deal, this bike has been reported stolen and can be found on the Bike Index. You aren't going be leaving with this bike and you have two options: you can wait for the cops to get here and tell them your story, or you can slink away." He left. I took the bike to a local shop. This is the 7th bike I've recovered in the same manner. Only one bike did the cops actually respond to...

In case you missed that, not only did this amazing Seattleite chase down this stolen Trek Portland when it showed up for sale on OfferUp, but it turns out he’s the guy behind a number of Seattle-area bike recovery reports we’ve been getting lately.

Seattle, you all collectively owe this man nine million beers. Make it so.

For example, see the next story … 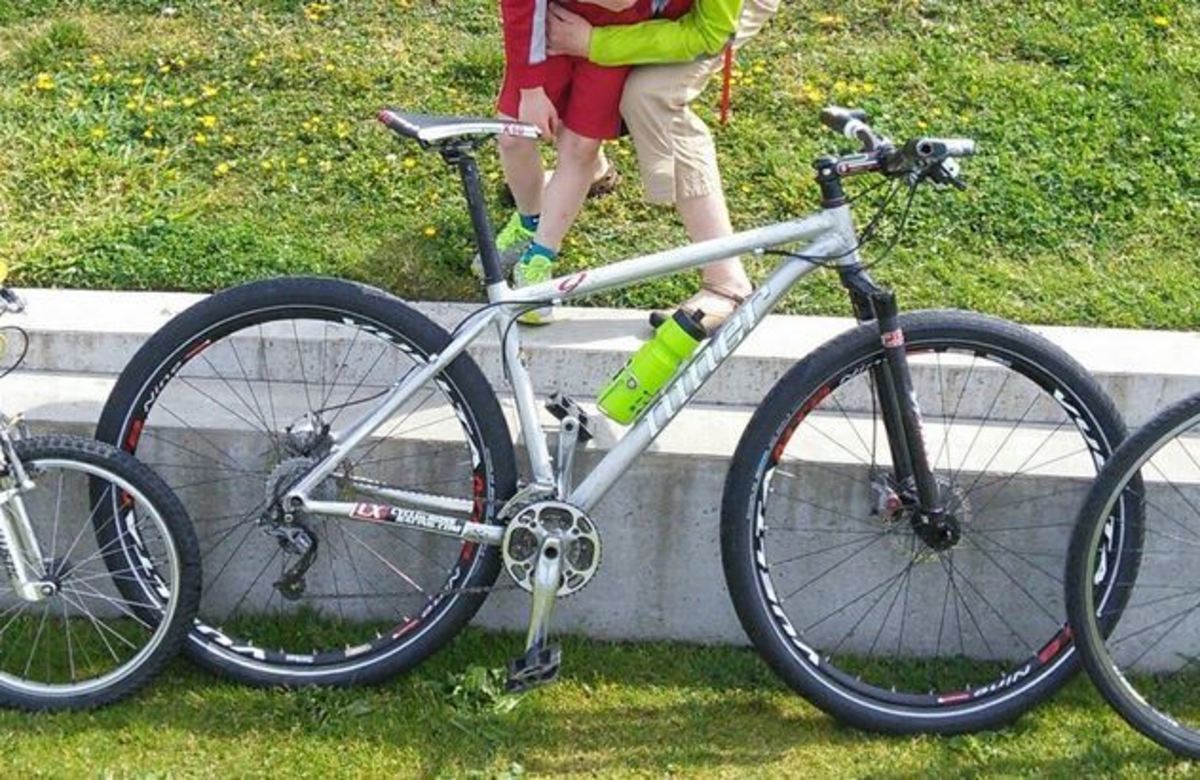 I’m purposely leaving out some details out about how this bike was recovered, but I’ll just say that the same gentleman listed in the above recovery also found this bike listed for sale - on Offerup - and confronted the seller.

The bike was returned. Sadly, the seller is still active on OfferUp.

Lastly, we got a nice shout out from @bicyclingmag in “Five Things to Do to Get Your Stolen Bike Back” - thanks for helping spread the word @caitlingiddings !

That’s it for this week. Keep them coming, and keep an eye on your bikes, folks :)

This is a companion discussion topic for the original entry at https://bikeindex.org/news/this-weeks-recoveries-june-29th-edition